Good Blogposts and my Thoughts #6

Sadiya Marie's video af Its Not ALWAYS About the Money!

This times post isn't really a blogpost, but a youtube video with a talk that however just as well could have been the topic of a blogpost (and she does have a blog). The video is made of Sadiya Marie and the topic, Its Not ALWAYS About the Money!, goes on if you should really neccessarily be paid for every thing you do, that could have trais of work/labor, or if it should be done, just for the passion of it. Or as she describe it herself: "My thoughts on making money, versus donating and volunteering time especially when it comes to the youth."

My commend ended up being quite long (ups, guess I had alot of thoughts?) and probably has quite some typos and erros. I apologize. I probably should go over each and every word and correct with a dictionary, but honestly, that isn't something I currently have the energy for - and I'm quite sure it can be read and understood just fine anyway.

I must say, I am torn in my opinion on this subject.

Part of me totally agrees with you - the world today has way to big a focus on getting paid for everything and/or only doing things for the money. Things like the satisfaction and happiness over helping someone out, leaving a good impression and making the world a better place is far more powerfull and lasting, than that of monitary gain.

However I also disagree. This subject is sorce of great confusion and diversity withing myself, and probably part off the cause of my depression. You cannot do everything for free. Though I would love too... But that would leave you with nothing to live of.

I have several thoughts on this, so the comment is a "little" long, I apologize. I posted a slighly better styled version on my blog (sharing your video as well as it's great, btw), if you'd prefer reading it there.

But let me take my karate as an example. I have done karate for about 8,5 years by now, and has become quit good. I have won many championships both nationally and international, and has gained the black belt in my style.
To get to where I am, I had alot of help from my club and style... which is basicly both friends and almost familiy. I now use that knowlegde and ability to help the club and style, by passing on my skills to other students. I do that for free. As well as alot of administration and design work - wich is basicly the same as what I do for a living. I also do that for free.

But them, every karate skill I now have, was teached to my by friends and trainers ind the club, who also all did it for free. It is not free, to do karate, but that cost does not go to cover expenses for trainers - but rather to cover the expense for room rent, equepment and such. Occationally it goes to support our fighers, so that their trips to compition.
This is the common way of doing, for most free time sports and activities in Denmark. I don't know how it is, where you live, but I know through some off our trips where we have been together with our karate familie (members of our karatestyle) from other parts of the world, like Japan and South Africa, that this is not the common way there. To them, being a karate instructor, is a job. Thus, learning karate there, is much more expensive.

I couldn't imagine demanding more money for what we do. Karate is not only a great sport that offers helth benefits from moving your body, and getting fit, building your strenght, and learning how to do things without damageing yourself, it also offers great skill and fealing of safety by knowing that you can defend yourself (or others) should it ever be nessesary. Though Denmark has very low occations of crime... And just the calmness, believe in oneself and security from knowing you could defendt yourself, would ward off most potential offenders. It also offer great disipline, that can be applied to other areas to your life. All in all, I would recommend everyone to learn karate, and feel great about what we, as trainers or helping fellow studens / sorce for inspiration provides.

We have done several introduction and classes and shows on schools and in town, where the only gain was personal and the hope of inspirering someone to start doing karate themselves and maybe even get more members for our own club. No financial gain. In fact the opposite, as some of these events have happened during work ours, where we had to take a day off of work for it.
I was however also recently asked to do a class on a intensive reading/writing and math learning camp (and attemt to try to save some students that might end up failing their final exams), as an activity break, both to act as a break for the students, but also the teachers. They offered me (and the karate friend I ended up bringing) money for the class, and I didn't decline. It was after all a day I had to "take off" in order to come there - though my current very low time employment ment I could work it off on another day.

I still don't feel like demanding payment for teaching karate... however, I do not eather find it wrong to be compensated for that perticular class. After all, that is what other teachers, fitness trainers, yoga teachers, and basicly any other type of consulent do.

And, one needs money to live, in the system for sociaty that we have to day. And I have a tendency to be just as passionated about everything I do. As I mentioned, I design, administrated and program for a living, as a webdeveloper / webdesigner / webadministrater / graphic designer / multimedia designer.. many labels, and none of them really caches the essens anyway, I'm all over the place, haha.

I also find this to be an area of great benefit. One can communicate so much, so quickly and cheeply from a website, as opposed to papers, flyers and that kind of stuff. Also, the digital version is more enviromentially friendly. I love to create websites, I basicly find it hard to charge for what I do. Both because I see the benefits, and, like, passionativly just would love to see everyone have one, haha. I also find it hard to charge, since it can be a difficult area to monitor improvements and what it is worth... and because I tend to loose trust in my own abilities. And can't imaging how any client would pay me for doing something like this - after all, the world is going digital, and so many has some kind of skill in this area. A friend or relative that could do it for free for them, or an online service that offer to let them do it by themselves.

I would love to work for free. I have done it several times. I have however also done the same in other kinds of work, as I struggled to find employment (and was depending on the generos danish security system, where you in exchange for financial support at supposed to do as much as you can to find employment to make you self supporting and tax paing again (off course), but also work in unpaid enternship (as free workpower for that company) in order to improve your skill to find emplyment, and stay connected to workmarked). Unpaid work in areas that offered me less satisfaction in the work itself, as opposed to multimedia design and karate.

This is part of what i struggle with. If I can do some things for free, I find it hard to argue, that I should be paid for doing other things. And if we should do anything we love, just for the passion of it, alot wouldn't be payed at all. As we try to find work in and area we are passionated about, we shouldn't get paid at all then? Even though we still, while loving it, do hard work? Judging myself this hard, I also often look at others, mainly advisors, and wonder how they can earn money for what they do. Both the perspective, of having clients wanting to pay, and in the perspective of wanting to be payed.

There have been systems for this, though not very lasting and effective. Communism as an example. By now paying people for the work they did, but all having the promise of earning the same thing (food, shelter), no one really ended up doing their job. Why shouldn't they? In sted of putting effort into farming the land for the government, people ended up farming more produce from the tiny pieces of land they had in there own garden.

I guess there has to be a balance. Off course we arn't supposed to get paid for every singe good deed we do - that wouldn't be sustainable. I don't eather thing the opposite (while the ideal wonderland option) is a sustainable plan ether. Not much of a conclusion after all (sorry, hehe), but at least some mixed opinions.

This was a great topic - thank you for bringing it up, and hopefully also give others something to think about. Obivously, that's what you did for me

(You should charge for that, haha 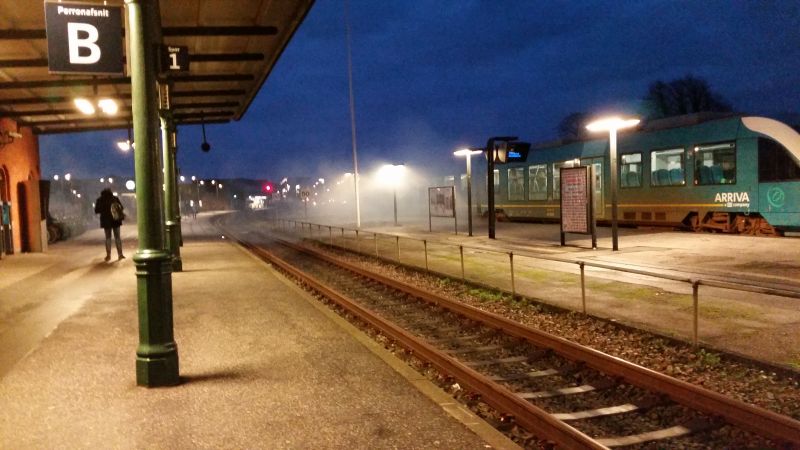 »Another storm - this time Helga