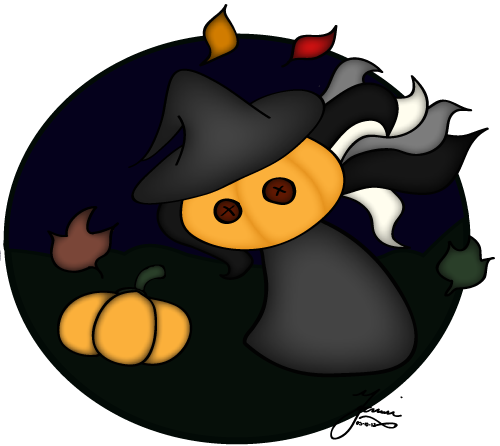 A little pumpkin/witch girl drawn in chibi-style inspired by japanese manga/anime. The girl has a pumpkin as head and the eyes is sewn on buttons. The hair is multicolored in dark, grey and light tones.

She was first drawn with pencin on paper, and later photographed and digitized in Adobe Illustrater. She is a part of a visualization (school) project of a 10 sec video, that is to be animated in Adobe After Effects.
📅 2012 👤 *School project 🎨 Adobe Illustrator 👁 5633