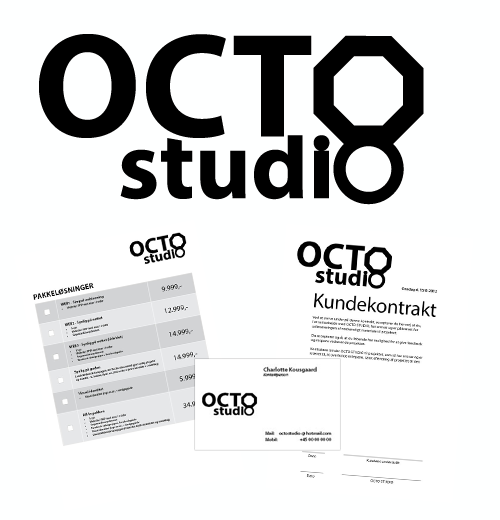 A school project where we in groups of 8 people where to act as a webagency to a team of electrician- and plumbing installers, by offering them a websolution as a part of their examen about establishing a business. The identity is in other words fictionel.

We choose to base the identity on the number of "members" in the agency, the number eight, which in latin is "octo". The logo is inspired of both the number eight and an octogon - which is integrated in the logotype.
📅 2012 👤 *School project 🎨 Adobe Illustrator 👁 4480